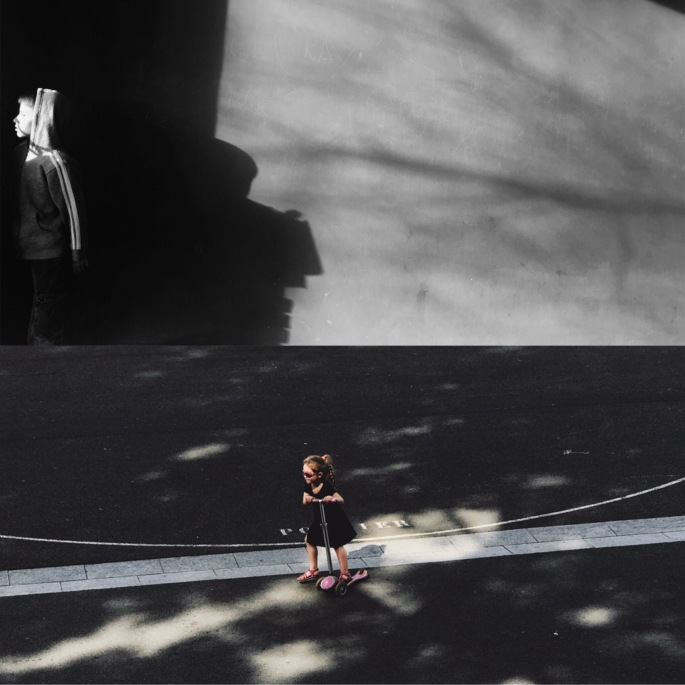 At this time, I came with two pictures.

Firstly; I took it at my old high school which is also a primary school too. I immediately went to the courtyard where I could find the pure joy of youth. I didn’t have to take so many steps when I found this little boy, who was so excited, scared, happy and nervous. He was playing hide-and-seek.
I captured him alone, alone with his feelings and his atmosphere. He was hidden and I didn’t want to take it from him.
We can also see a tree shadow, an opened and a closed space. Hiding from the other playing kids and from the time (clock shadow) until he has to be a normal student again. When we were in his shoes, we always looked that clock. “How much time we have, feeling this freedom?” The magical freedom without being stressed, controlled, scared, nervous.
But the boy felt both sides of feelings while he was playing.

And secondly; I finally was in France, Paris. The people immediately caught my attention, there were so many glad kids. I was always looking for a chance to perpetuate this kind of feeling that I want to be a child again. A better child (I’m not talking about my behavior). We didn’t use to play in a public area or went to a park. My mother was working, my brother and I played in our big garden. It was our playground, but I had a private place where can I ‘share’ my childhood. It was difficult for me to play wildly with other strange kiddywinks.
This BRAVE girl with her glasses and trendy roller shows me the opposite of me. The better me. 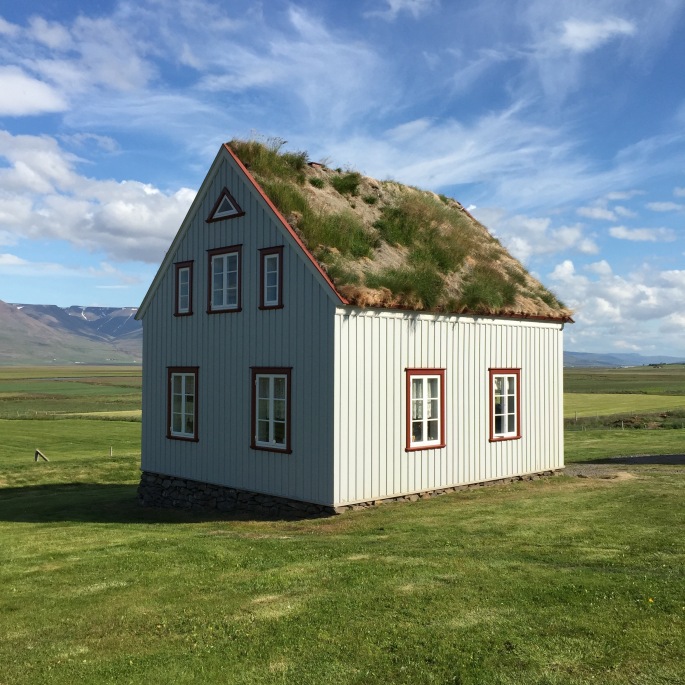 When I was in Iceland, I felt a connection between the local people and nature. It was pure. But through this photo series, I want to show the other side of it, when ‘the strangers’ land on this beautiful creation. We can see a wall between them. They don’t want to fit in, they just want to capture themselves WITH it. Capturing this distant relationship in a photo makes them ONE. 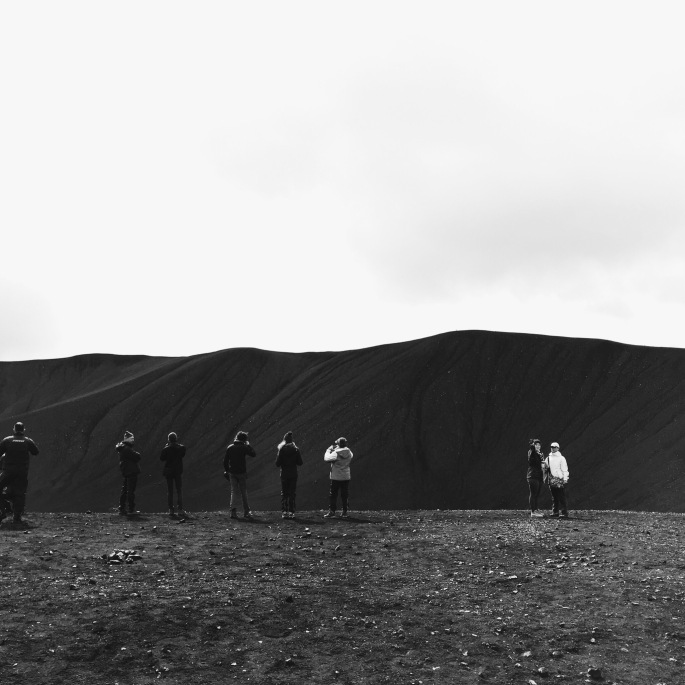 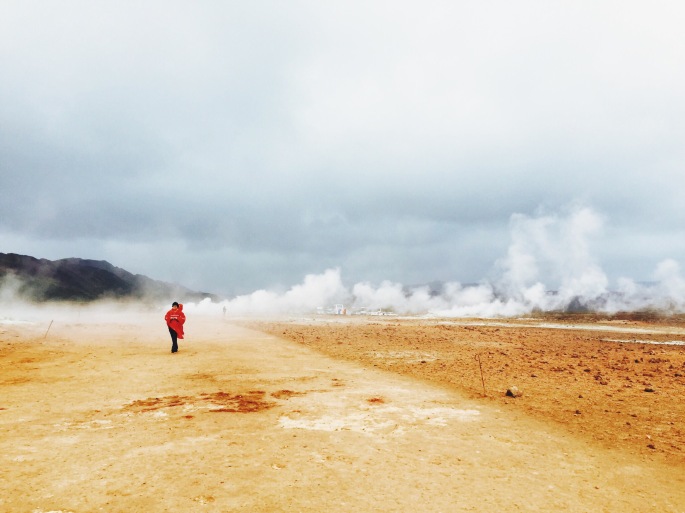 For me, it’s really important to create myself, especially through the art.

My self/ selfie/ self-portrait inspired me to take these photos, called ‘No one has a face’ to not present, but express myself. I took some different selfies before that, but this journal based on, how a “popular selfie-style” can appear as a “broken selfie”, showing a broken girl, who knows what’s going on, but yet she still holds her phone, standing in front of a mirror and click that shooting button… because of the society’s trend.