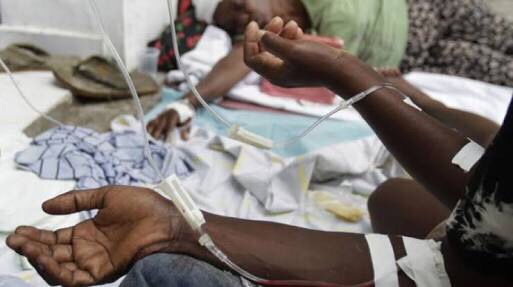 Yemen is having to deal with a large scale war, economic collapse and near-famine which are rapidly crippling the country . But it seems that more problems have arisen. The country is now dealing with a rapidly growing cholera outbreak . The United Nations describes the cholera outbreak as the world’s worst humanitarian disaster .

More than 300,000 individuals have been infected since the outbreak in April , with 1,000 deaths including both women and children .
Cholera is a bacterial, infectious disease spread by contaminated water with the bacterium Vibrio cholera . Most of those infected will have no or mild symptoms and can be successfully treated with oral hydration system but without treatment cholera is extremely deadly and can kill within hours if left untreated .
Cholera can be easily cured and preventable with proper use of sanitation but due to the outbreak of war . Yemen’s health , water and services are on the verge of collapsing, thus making the food and water-borne disease extremely hard to contain .

The outbreak has affected all of Yemen’s 23 provinces but one . The four most affected provinces – Sanaa, Hajja , Hudayah and Amran – have reported nearly half of the cases .
Due to large destruction caused by the war , more than half of health facilities are no longer operating , with almost 300 being damaged and many local health workers who are essential to dealing with the outbreak have not been paid in 10 months.
Yemen’s cholera outbreak is weakening the country and pushing the country to a risk of famine. Humanitarian organizations have been forced to divert resources from combatting malnutrition to dealing with the cholera outbreak. This diversion of resources puts the country at risk of famine.

WHO reports that millions of people in Yemen are on the brink of famine and almost 27 million people are unsure when the next meal is . Without proper food , the population of Yemen is even more vulnerable to diseases like cholera .
The deadly disease cholera continues to grow and the effects continue to cripple and weaken the already feeble Yemen .
By : Ramat Jose